2014 could become the worst year for GM in Recalls

This article & charts are part of the "GM Recalls: Charts & Numbers" Collection

Note: There has been some media coverage that there have been 48 recalls so far in 2014. But those figures are counting different phases of the same recall separately, whereas the NHTSA considers it as one issue. For E.g. the ignition switch issue has been counted separately by some parts of the media on 25th Feb, March 28th & April 9th separately. 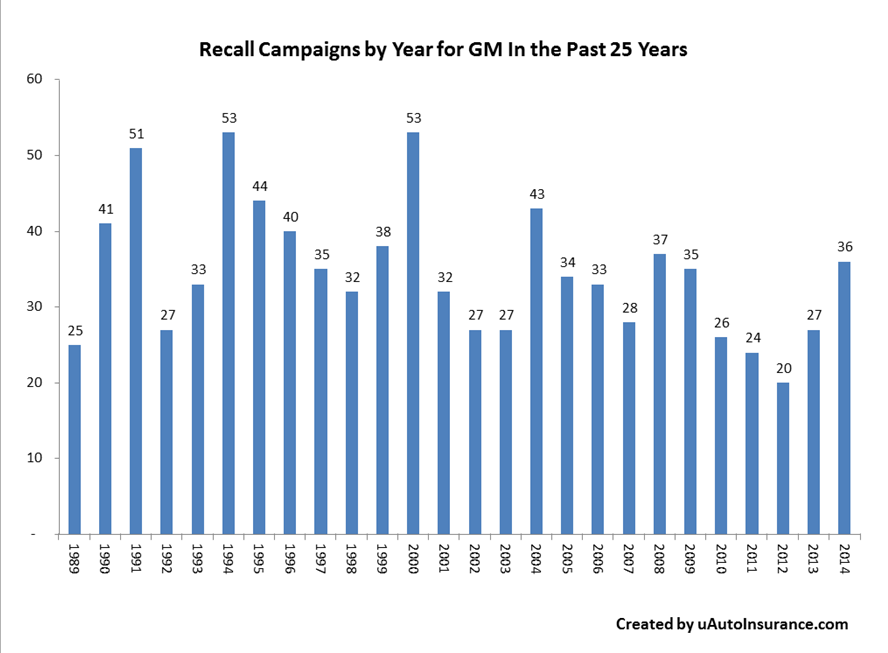